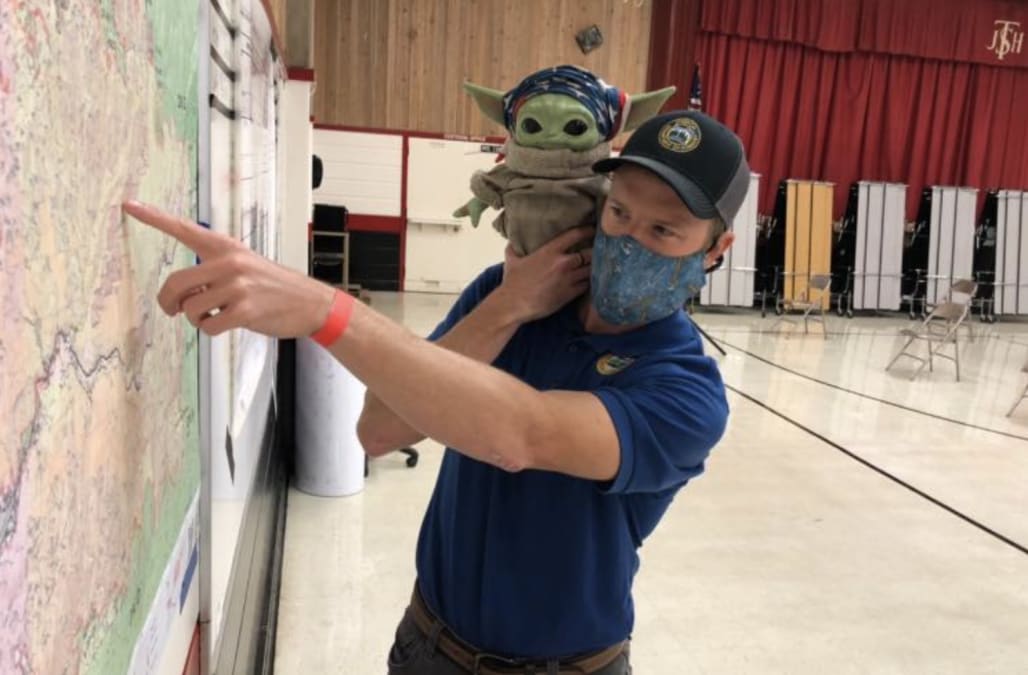 Firefighters battling the West Coast blazes have found some happiness in the form of, believe it or not, Baby Yoda.

It started in September when Carver, a 5-year-old Oregon boy, told his grandmother, Sasha Tinning, that he wanted to accompany her to the store as she bought items to donate to a supply drive for firefighters. As they browsed, they spotted a toy version of the most adorable character from the Disney+ series The Mandalorian.

“He was the last one,” Tinning tells Yahoo Entertainment. “I looked at Carver, and I said, ‘Do you think this would be something the firefighters would like? And he said, ‘Yeah, Yeah, sure, they could use a friend.’”

Her grandson wrote a sweet note to go along with the gift: “Thank you Fire Fighters. Here is a friend for you, in case you get lonely.  Love, Carver.”

The little boy and his grandmother were