Researchers at the University of Rostock in Germany have developed a model of coronavirus disease 2019 (COVID-19) transmission that considers subdivisions of age and sex to provide better insights into the impact that increased contact rates might have on the risk of infection and mortality.

Study authors Achim Doerre and Gabriele Doblhammer say that under the current mitigation measures introduced as of mid-August, the number of COVID-19 infections will have doubled by the end of October, with active cases higher among the young, those of working age, and elderly individuals.

Across all age groups, mortality rates would be twice as high among men than among women.

The team says the findings highlight the importance of non-pharmaceutical mitigation measures (NPMM) to counteract the greater mortality risk that increased contact rates pose to the elderly.

They also say age- and sex-specific models improve infection and mortality forecasts and that such models could be used to guide health policies and prioritize who should be tested and vaccinated first.

A pre-print version of the paper is available in the server medRxiv*, while the article undergoes peer review.

Since the COVID-19 outbreak first began in Wuhan, China late last year, researchers have recognized age as a factor influencing the risk of transmission. 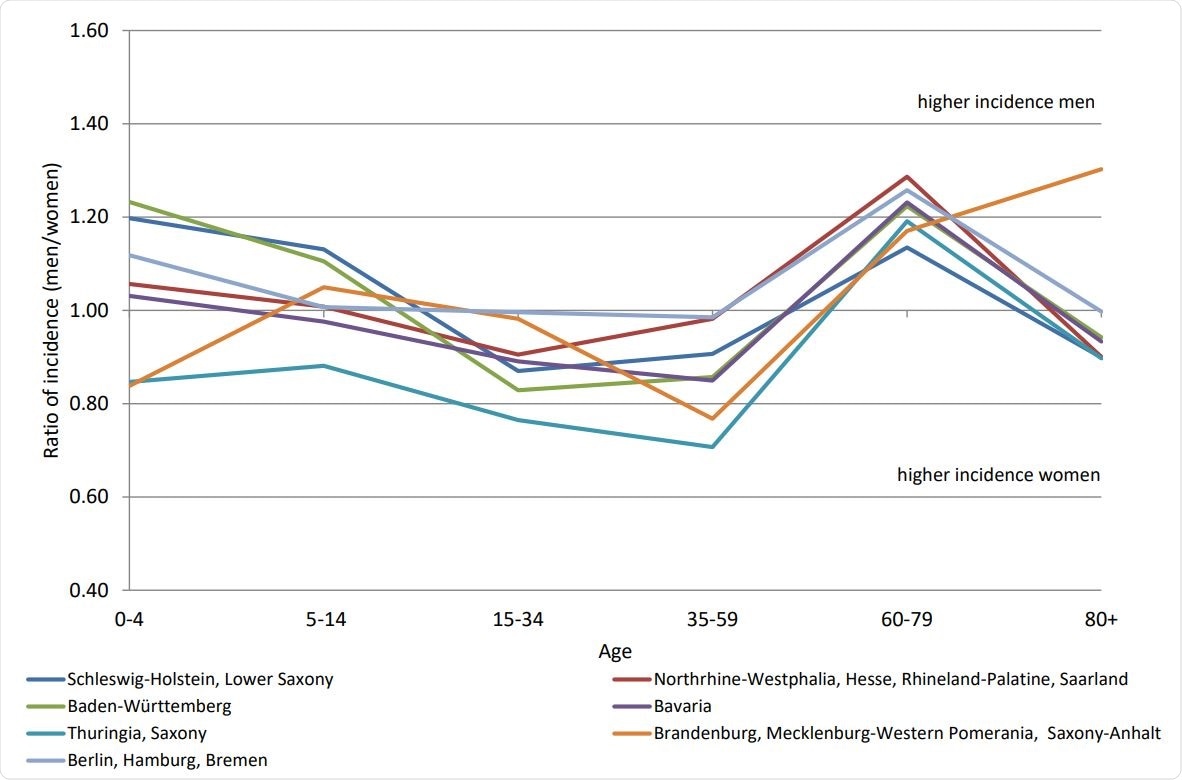 A new model based on three scenarios

Models designed to project disease spread have, therefore, consistently incorporated age as an important variable of transmission. However, another vital determinant is sex, which so far seems to have been overlooked in the previous modeling approaches, say the authors.

Now, Doerre and Doblhammer have developed a COVID-19 transmission model that incorporates age- and sex-specific contact rates to explore the effects that changes in mitigation measures may have on infection and death rates among men and women across different age groups.

The model was used to develop scenarios that assumed ongoing distancing measures versus easing contact restrictions across subdivisions of age group and gender. Three scenarios were developed with projections starting on 15th August, 2020, and ending on 31st October 2020.

The first scenario reflects a continuation of the distancing measures applied in mid-August and assumes that age-and sex-specific contacts are reduced by 80%.

The second scenario assumes a lifting of measures, mainly at working ages, and should reflect the return home from the workplace and the re-opening of establishments such as shops, cafés, and restaurants.

The third scenario extends the increase in contacts to children, adolescents, and young adults to reflect the re-opening of schools and venues mainly visited by young people. 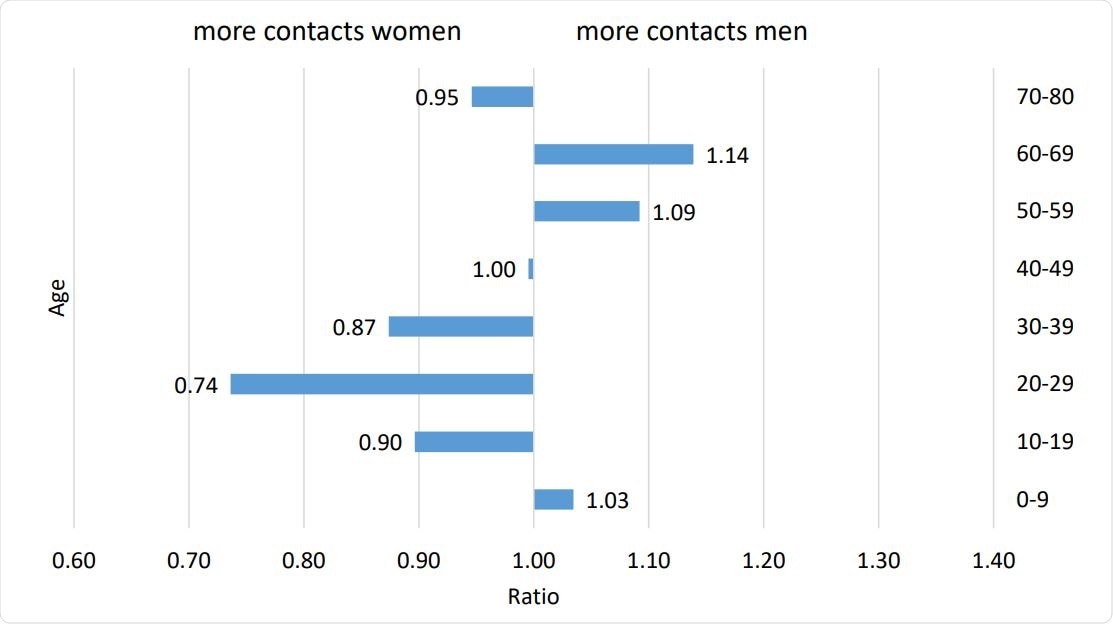 What did the study find?

The model predicted that under the current control measures in place as of mid-August, the number of COVID-19 cases would increase by around two-fold by the end of October, rising from 10,572 on 15th August 2020 to 19,814 by October 31st.

The authors say there were three main lessons to be learned from the scenarios the model generated.

Firstly, just a small change in contact rates would have a significant impact on infection and mortality rates.

“This implies that the impact of contacts must be diminished considerably to allow increases in contacts without returning to an exponential growth of infections, hence underlining the high importance of the NPMM in the current phase of the pandemic,” writes the team.

Secondly, intergenerational contact would mean any relaxation of mitigation measures among young and working ages would lead to the highest infection rate among these age groups and lead to increased infection cases among the elderly.

The elderly would be at the highest risk of death, with older men always at a greater risk than women.

“Increases in contacts need to be accompanied by special measures protecting the elderly from death, without negative physical and mental health consequences due to quarantine and isolation measures,” say the authors.

Thirdly, small increases in contact rates would not alter the sex ratio infection and mortality rates. Among working ages, women would be at a greater risk of infection than men, while among the older men, the reverse would be true, and across all age groups, men would be twice as likely to die than women.

How can the model help?

The researchers say that although the forecasts made by this model only differ slightly from those of models that do not consider sex, age- and sex-specific models do provide better insights into the risk of infection and mortality among populations.

Using such models would help to ensure health policy measures target those who should be tested and vaccinated first.

The impact that biological sex and gender have on COVID-19 infection rates and outcomes needs to be considered in health policy and treatment decisions, concludes the team.

medRxiv publishes preliminary scientific reports that are not peer-reviewed and, therefore, should not be regarded as conclusive, guide clinical practice/health-related behavior, or treated as established information.