Imogen Anthony, 29, reveals she is back on the dating scene after her high-profile split from shock jock Kyle Sandilands, 49, and reveals the type of man she is looking for

And now model Imogen Anthony has revealed she is back on the dating scene and looking for love.

Speaking to The Daily Telegraph on Wednesday, she said: ‘I’m doing what a girl does that has been out of a relationship for a year.’ 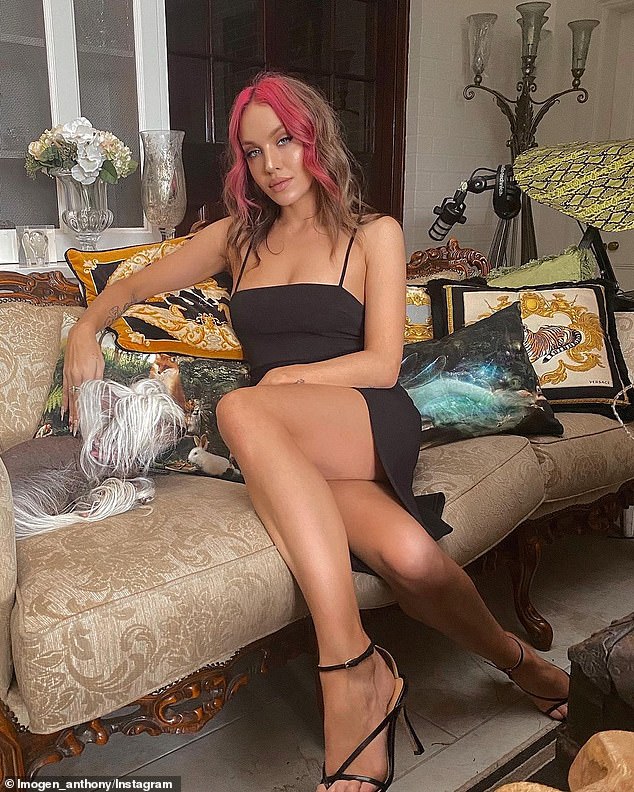 Back in the game! Model Imogen Anthony, 29, (pictured) has revealed she is back on the dating scene after her high-profile split from shock jock Kyle Sandilands, 49, last year

‘I’ve got my own niches. I’m definitely looking to date and talking [to people].’

Imogen, who was a red carpet regular while she was in a relationship with the radio star, said she is now looking for someone a little less high-profile.

‘Maybe someone a little less in the spotlight but whatever comes, comes,’ Imogen said of a possible new relationship. 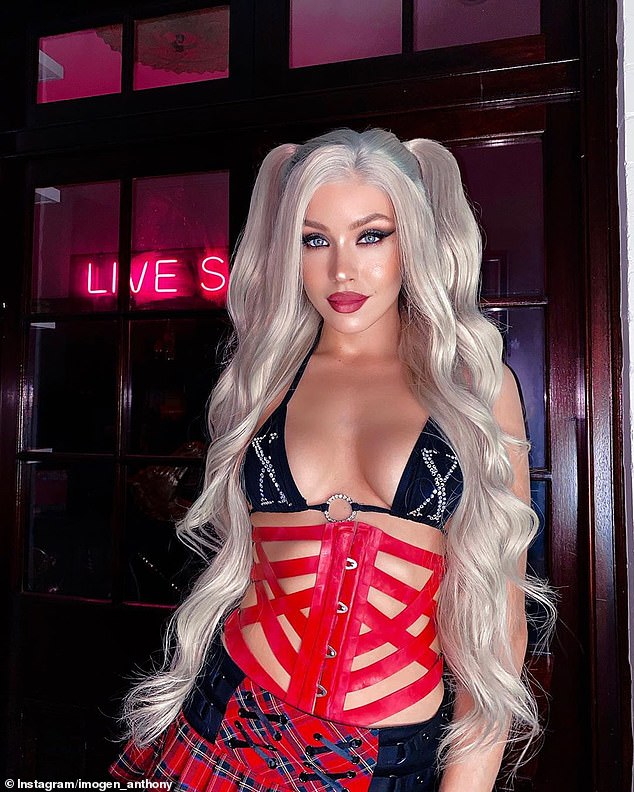 Personal life: ‘I’ve got my own niches. I’m definitely looking to date and talking [to people],’ Imogen said

‘Love is love. It’s the same thing I’ve always said my entire life, even in my last relationship, you love who you love and you can’t control that.’

Imogen has stayed largely silent about the couple’s breakup, which occurred in late 2019 after eight years together.

The model did hint the split was painful and prolonged, previously revealing she got mixed messages after their union ended. 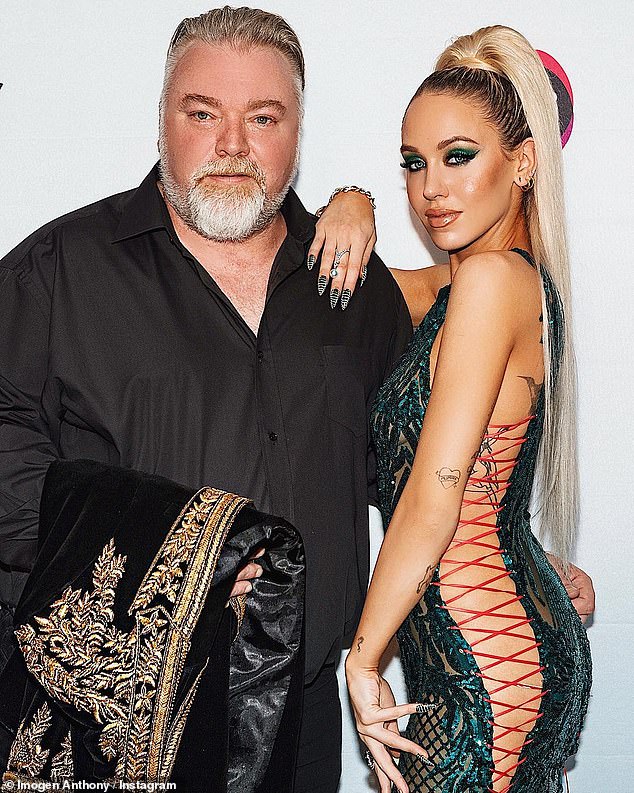 Case of the ex: Imogen has stayed largely silent about the couple’s breakup, which occurred in mid-2019 after eight years together

In a cryptic Instagram post in May, she claimed she had been ‘led astray for months’ and encouraged to ‘stay silent’ about the circumstances of their rift.

‘While I have stayed silent and been asked to do so, others have been able to say and do what they want, and that hurts… Everything I have said has been the truth or what I was told directly,’ she wrote.

She also alleged Kyle had sent her romantic gifts after their break-up, which added to her sense of ‘confusion’. 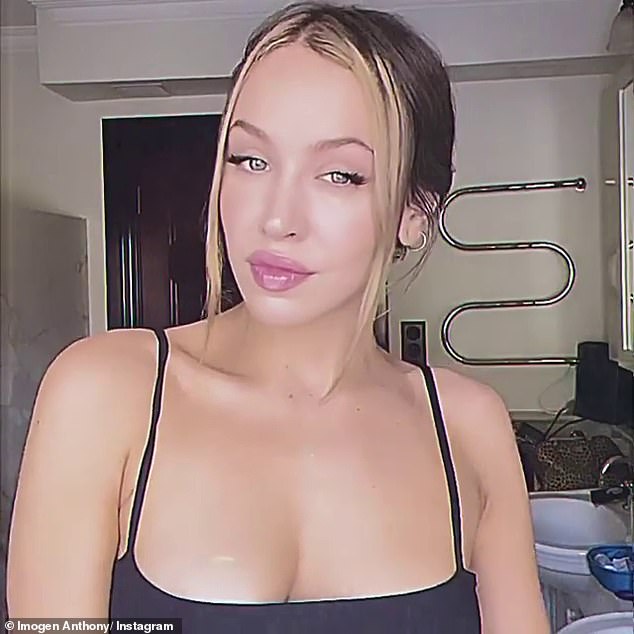 ‘That hurts’: Imogen shared what appeared to be private text messages between herself and Kyle, before swiftly deleting them back in May, but has otherwise stayed largely silent

The model’s post came just hours after Kyle appeared in a 60 Minutes special with his new girlfriend, Tegan Kynaston, that same month.

During the broadcast, host Karl Stefanovic asked if Kyle and Tegan were considering marriage – a question that must have stung Imogen.

Imogen has repeatedly said she doesn’t need anyone to feel sorry for her. 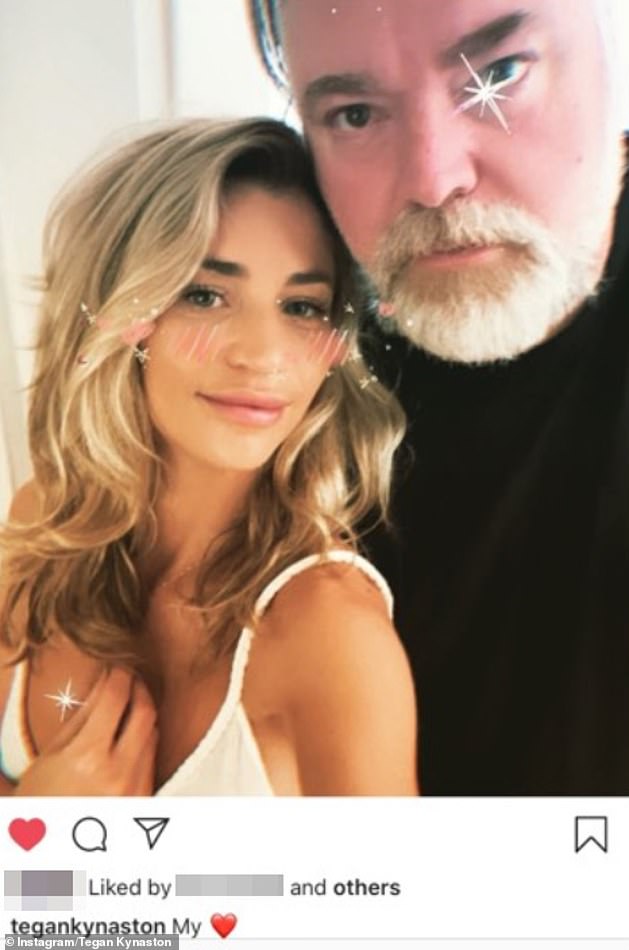 The exes began dating in 2011, shortly after meeting at Kyle’s 40th birthday party.

The KIIS FM host announced their split on air in November last year, telling listeners their relationship had simply ‘run its course’.

He was previously married to singer Tamara Jaber, but they separated less than two years after their wedding in 2008.

Kyle is now dating Tegan, the communications director of his company King Kyle Pty Ltd and his former personal assistant. 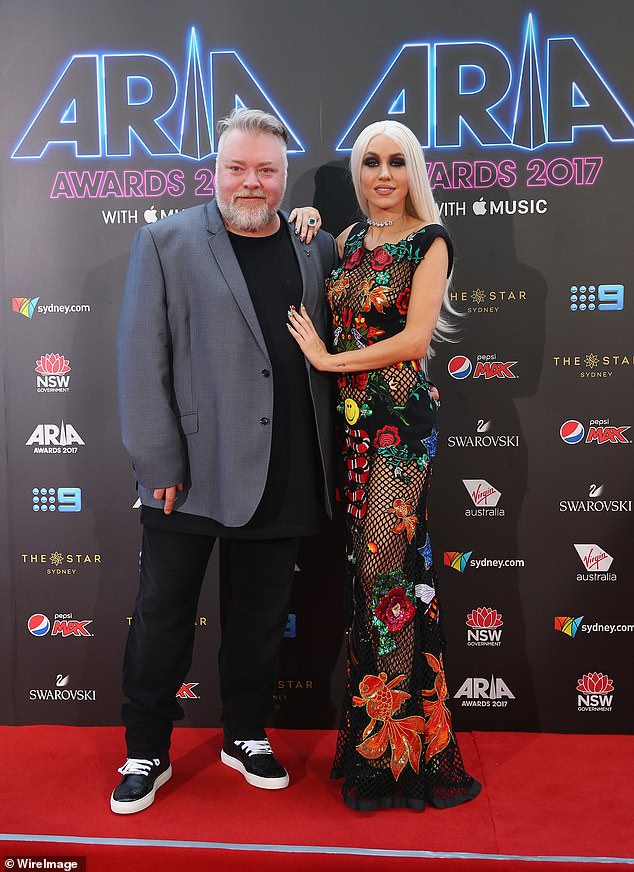 It’s over! Kyle and Imogen (pictured at the 2017 ARIA Awards) began dating in 2011, shortly after meeting at his 40th birthday party. The KIIS FM radio host announced their split on air in November last year, telling listeners their relationship had simply ‘run its course’