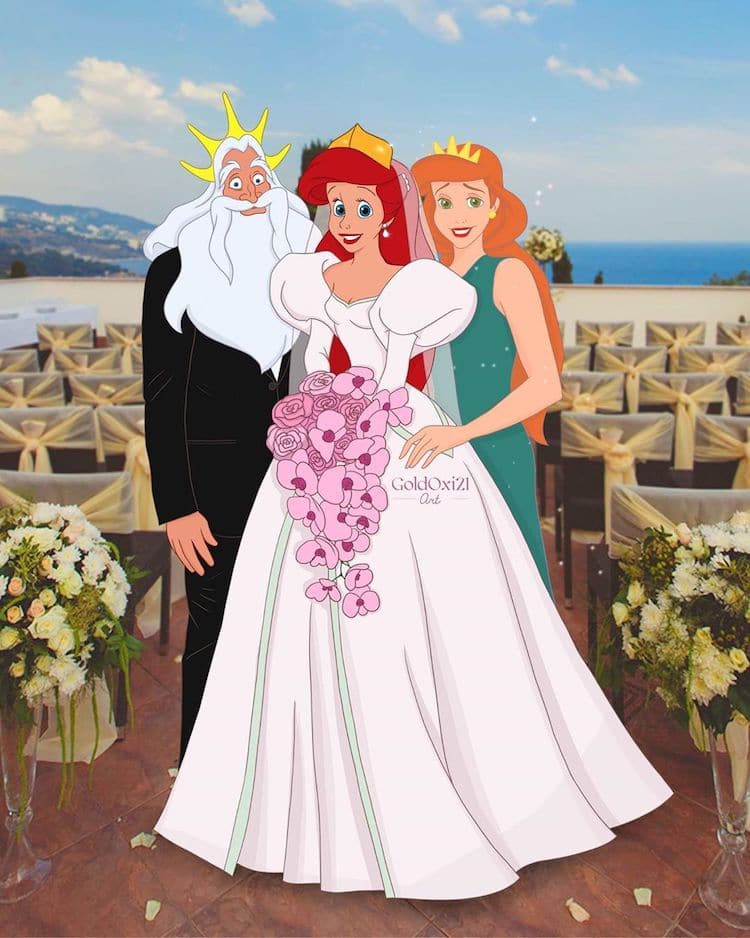 Russian artist Oksana Pashchenko has become Instagram famous for her creative reimagining of Disney princesses. Previously, she portrayed the animated starlets, each pregnant with their first child; and now, she is depicting another important day in their lives. This new fan art series shows the princesses accompanied by their parents on their wedding days.

Pashchenko illustrates these family portraits in the style of a photograph. Each heroine poses with her mother and father before an imaginary camera—smiles and happiness abound. Although many of these leading ladies have lost one or both of their parents, Pashchenko renders a slightly transparent image of the deceased as though they are there in spirit. Princess Ariel, for instance, stands in front of an outdoor wedding venue with King Triton on her right and the late Queen Athena on her left. Similarly, a blissful Cinderella is accompanied by both of her late parents.

Pashchenko’s fan art extends beyond the leading ladies. She also draws some of Disney’s iconic villains on their wedding days. Cruella Deville from 101 Dalmatians, Ursula from The Little Mermaid, Maleficent from Sleeping Beauty, and the Evil Queen from Snow White take turns playing the bride and the bridesmaids.

Scroll down to see more images of this Disney fan art, and follow Pashchenko on Instagram to keep up with her latest creations. 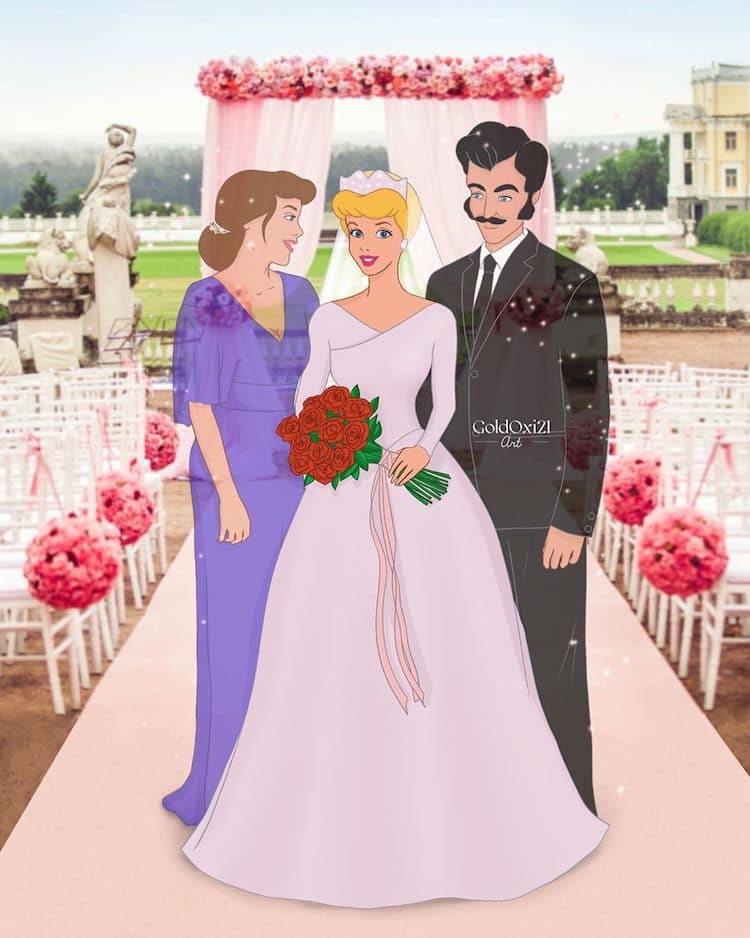 Her new series of illustrations shows Disney princesses accompanied by their parents on their wedding days. 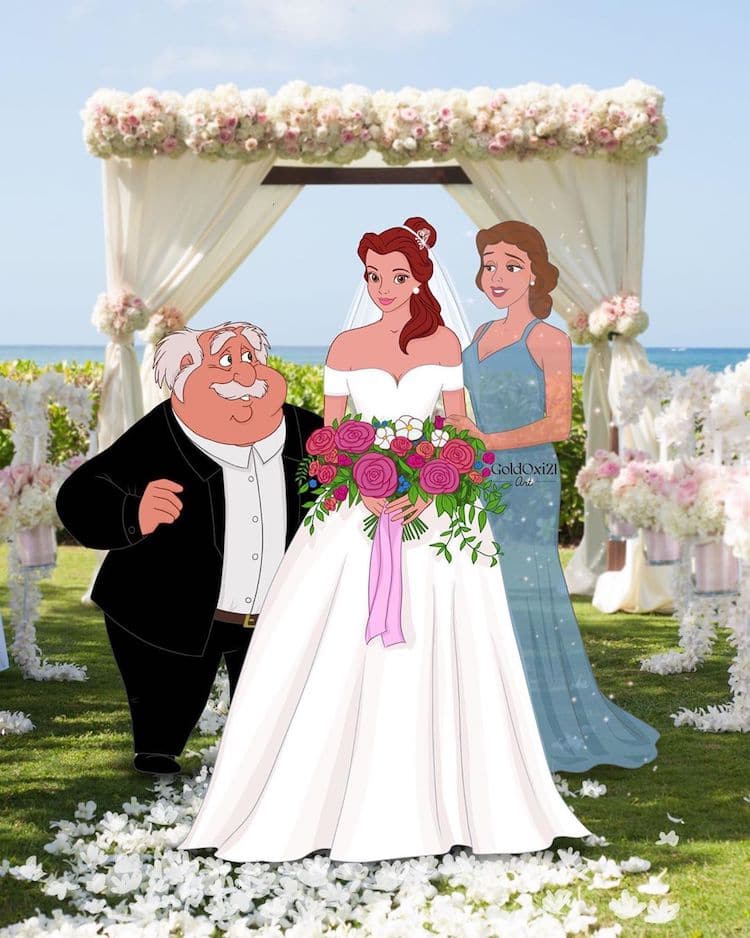 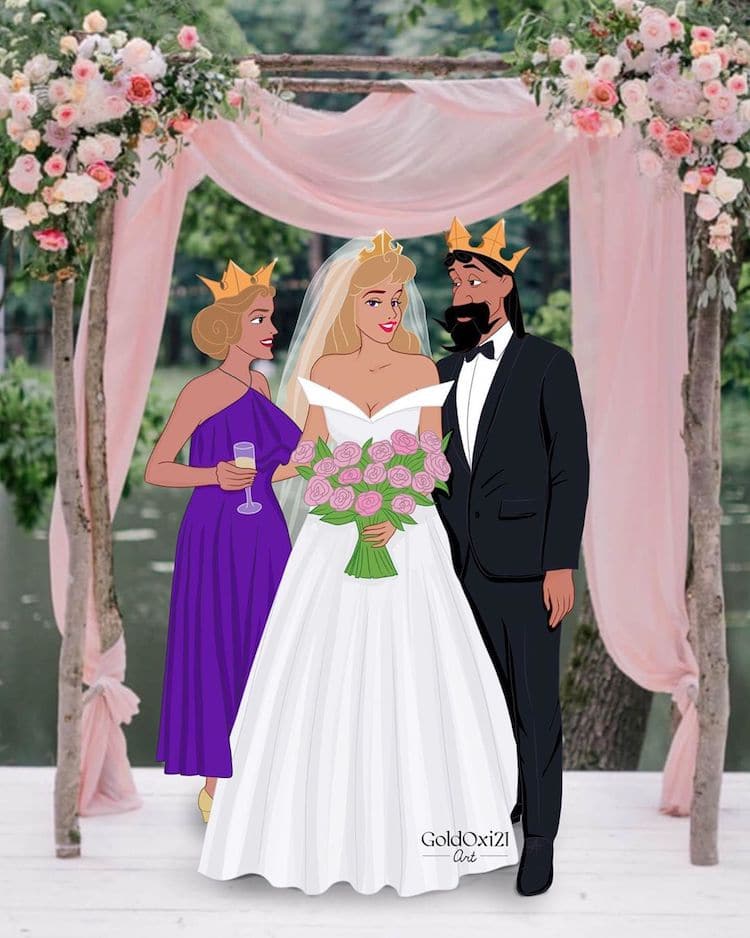 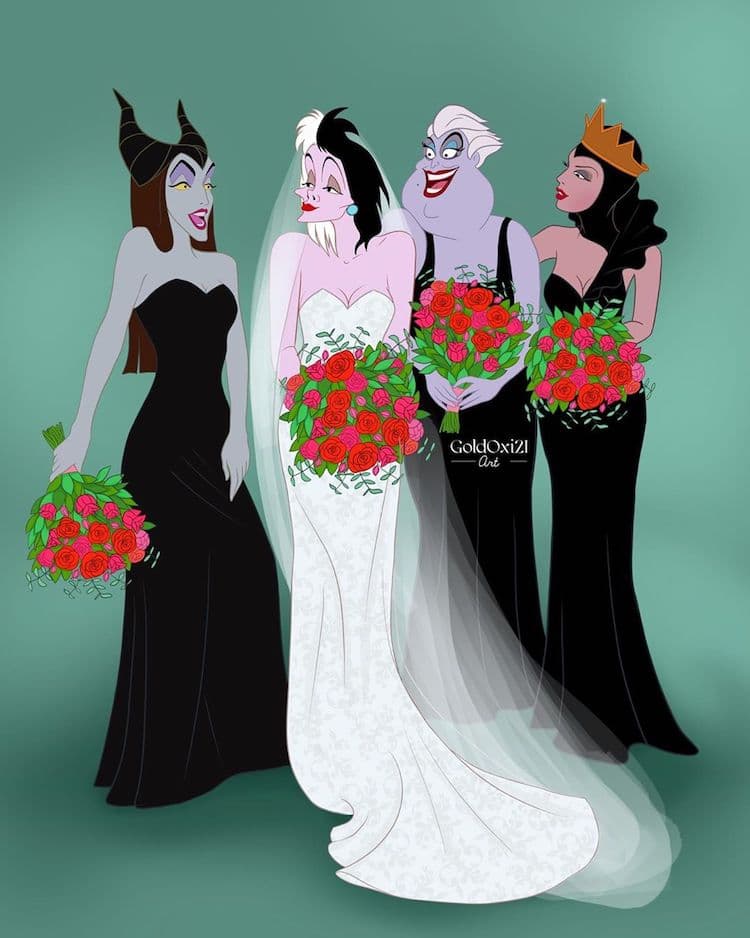 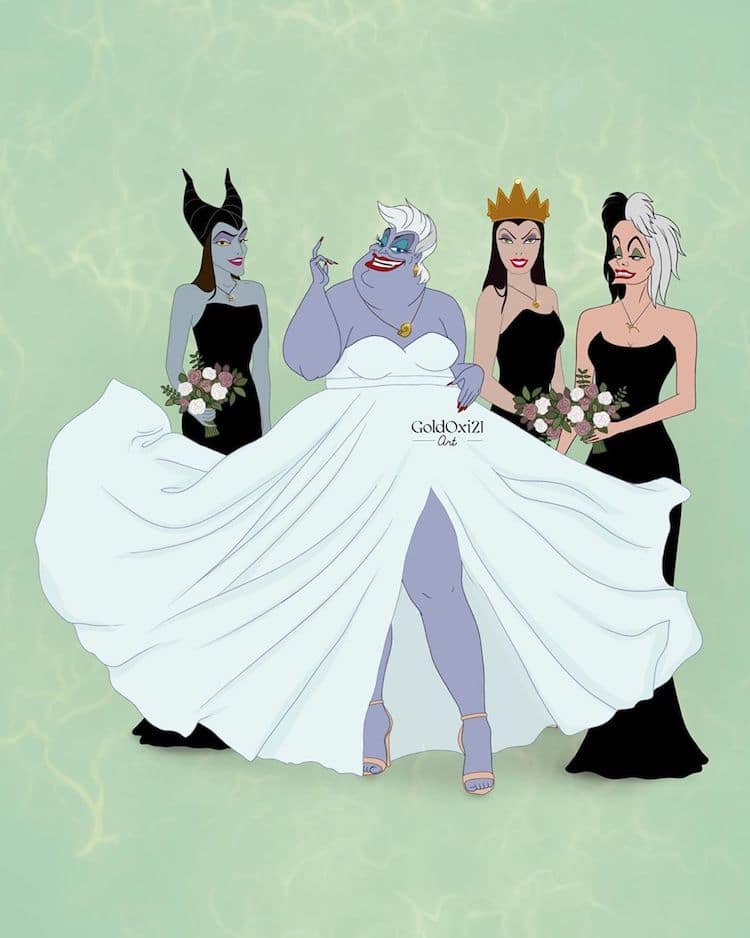 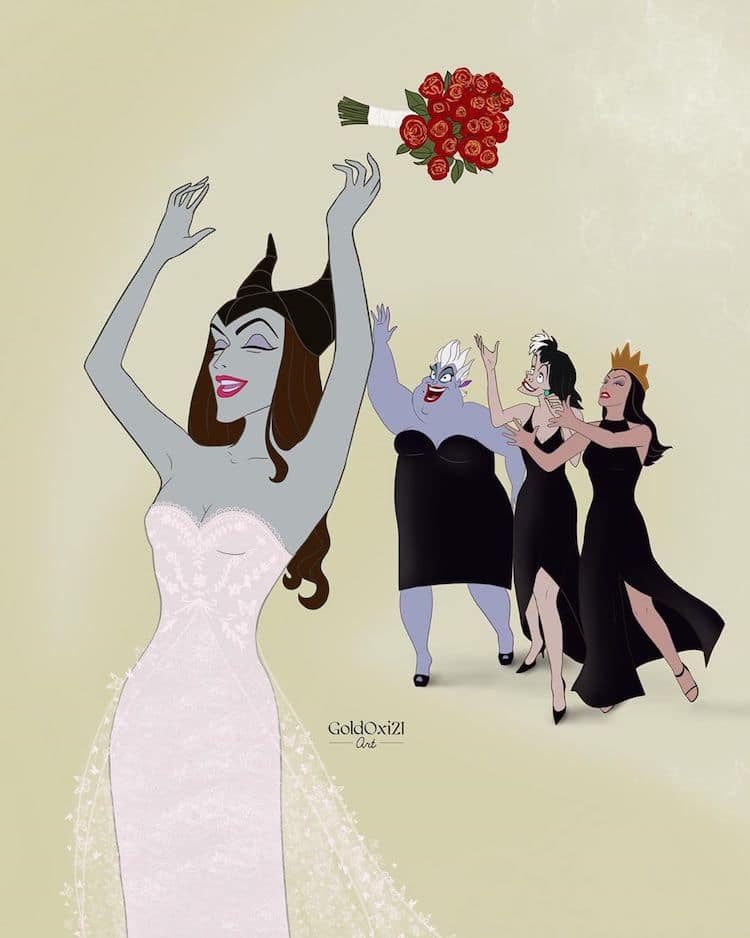 History’s Most Famous Paintings Are Reimagined With Beloved Disney Characters