For their 50th wedding anniversary, Chan and Surekha Patel decided to do something a little different to celebrate.

It is the single largest gift ever given by a donor to the Baylor Scott & White Irving Foundation, according to a news release from the center.

Chan’s commitment to heart health is personal. He has survived two major heart attacks, his first at age 37.

Cindy Schamp, president of Baylor Scott & White Irving, said in a statement the gift will be used to expand, improve and enhance cardiovascular care and surgical services. In recognition of the gift, the Patels’ names will be added to the hospital’s Medical Office Building One.

Chan Patel, an entrepreneur and hotelier, is the founder of the State Bank of Texas.

The couple has been active in Irving for more than 40 years, spearheading construction of the SLPS Community Center in Irving, which is named in their honor. In 2019, they opened a heart catheterization lab near their hometown in India, charging low rates for testing and heart procedures that were previously unavailable, according to the news release.

“When I left Mumbai, India to attend Stanford University in 1965, leaving behind my family and our 8-foot by 10-foot, one-room house with six occupants, I dreamed of the opportunities that were possible through grit, determination and effort,” Chan said in the release. “With Surekha by my side, together our dreams have been achieved, and with our success comes the responsibility to help make life better for others.” 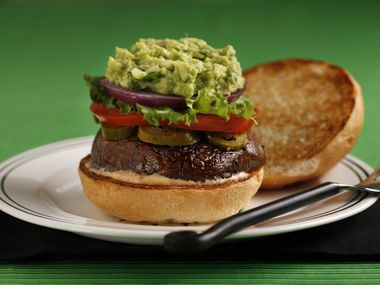